It’s probably fair to assume you’ve all heard this mantra of startup success.

But if not, here’s a short summary. So there’s this guy, his name’s Paul Graham. He runs YCombinator, a startup accelerator that has produced companies like Dropbox, Reddit and AirBnB.

Basically in the world of entrepreneurs, lean startups and building businesses, Paul Graham is god.

He built the original Yahoo Store, has transformed innumerable businesses and now lives the life of a big time VC and business coach.

…when he talks, founders should listen.

Anyway, a couple years ago Graham released a short post on his blog titled Do Things that Don’t Scale. He attacked the conventional methods of building businesses, focusing on high-level tasks and trying to scale marketing and automation early on. He made a case to scrap it all.

He preached against everything entrepreneurs hold dear and used success stories like Airbnb and tons others to emphasize the point.

All was fine and dandy, the world was saved and entrepreneurs everywhere rejoiced…

And that’s the issue with these cliché catch phrases. They’re easy to say, often repeated but rarely understood or acted upon.

So back to you. You’re an aspiring crowdfunder, an entrepreneur extraordinaire, where does this fall into the crux of crowdfunding?

How Can Crowdfunder’s Do Things that Don’t Scale?

Here’s where customer discovery is everything.

You need to get your idea, invention, product…whatever you have out in front of potential backers and buyers ASAP.

Their opinions, advice and initial reactions tell you EVERYTHING you need to know going forward. From form to function and everything in between the trials you put the product through before Kickstarter aren’t easy, they take time but ultimately these build a solid foundation upon which your entire business is built.

But it’s not about gauge reactions before crowdfunding, it’s also your launch list.

The way Kickstarter and Indiegogo work – they’re search engines. They are designed to show the most relevant and profitable campaigns and content first to backers.

Well those rankings are determined 100% by how successful your campaign is raising money because when you win, they win.

That means early on, before even launching you need to be building an email list. What better way than pitching your product to target customers?

Go – find yourself a mall, a sports complex, a grocery store…whatever it takes to get in front of your ideal customers before the campaign. Work to refine your pitch, product descriptions and of course bring an iPad for all those opt ins.

Lock down those emails one at time and before you know it that EPIC launch list will be something serious!

Exposure is everything for crowdfunding. You simply can’t fully fund a campaign relying only your network.

One of the best ways to blow up a launch is publicity. Nothing kicks off a campaign day quite like an article on TechCrunch, an expose in the NY Times or any other big media mentions.

But guess what, it’s brutal.

There are ways to overcome the onslaught however and personality plays an enormous role.

Imagine if you will your inbox. I know it’s a nightmare scenario but bear with me.

So you’ve just received yet another email atop the endless mountain of messages. What happens next?

If you’re like most it depends on who it’s from: friends or family means you totally check it out while anonymous or unknown likely gets discarded.

Guess what, it’s 100x worse for journalists. They’re constantly getting pitch after pitch from focused founders just like you.

So now you have a choice:

Either you take the easy, scalable route and mass message all the reporters and bloggers on your list while carefully crossing your fingers…

…or you do the unthinkable and try to build a relationship before launching.

The choice is yours, but is there really an option?

Note: If building solid, sustainable relationships with high level reporters is something you’re striving towards, check out the Crowdfund Academy. We’ve got hours and hours of video guides and tutorials covering all this jazz to help your campaign fund.

As a Kickstarter company you’re in a uniquely awesome position: you’re getting tons of extra coverage and exposure and you’re also connecting with customers on a deep, meaningful level.

Cherish these times, make the most of them. Your company will slowly but surely become more distant and your customers less committed so be incredible while you’re small, while you still can.

And to truly take advantage of crowdfunding you need to turn backers into super fans.

How do you do that exactly? Well first wow and excite them. Do things that don’t scale. Answer every single backer question. These are the kinds of things big businesses simply can’t compete with.

Constant updates, personality, putting questions and company decisions in the hands of backers…the options are endless.

As a Kickstarter creator you need to hustle, you need to do the stupidly silly and time consuming things that don’t scale. That’s what it takes.

Hopefully some of these techniques take ahold for you and help your campaign fully fund….that’s what it’s all about right?

Any experience on your end? What do think about the ideas and what’s worked best for you? Would love some experienced inventors to weigh in. 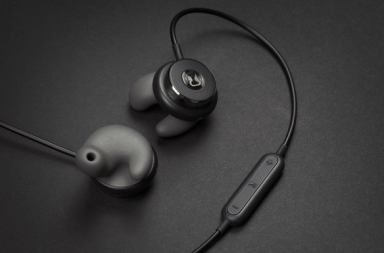 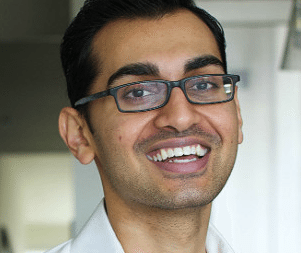