The Massive Mistake of Productive Creativity 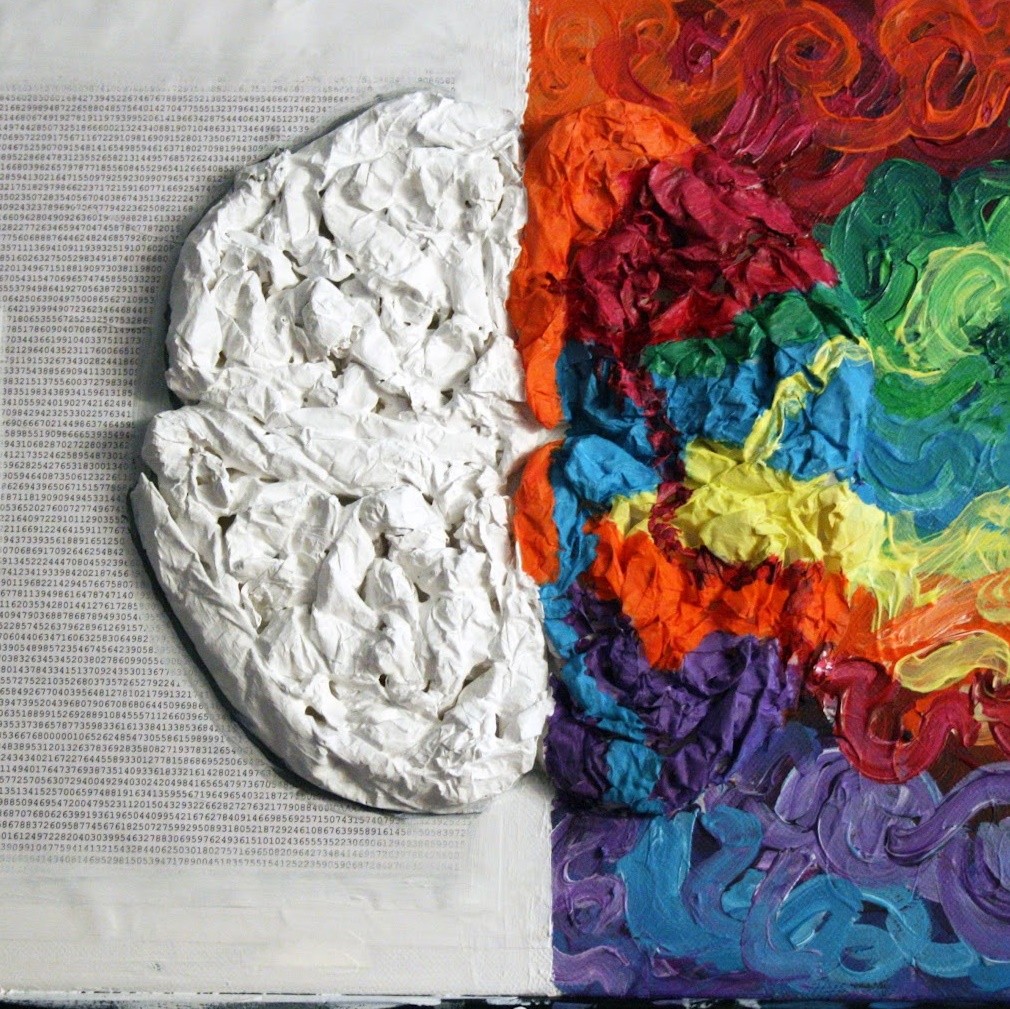 Everyday there is an epic battle waged in the hearts, minds and souls of every individual upon our planet. This war older than all of us, older perhaps than the sands of time and certainly than the pyramids of the pharaohs is a conflict so known and unknown to us we scarcely ever realize its ever presence. Like yin and yang, right and wrong and so many other diametrically opposed constants however it is a mainstay in the lives of all and of vital importance to the creators, innovators, and entrepreneurs of Kickstarter looking to change the world.

In a convoluted manner meant to make you re-read and question ideologies I am precariously attempting to introduce the aspects of creativity and productivity into our discussion. But why the roundabout method of making this known? The answer lies in unearthing the oft held misconceptions surrounding these two critical components of any endeavor.

Creation and innovation are core tenets of invention, entrepreneurship and our beloved Kickstarter and crowdfunding. These are the processes that continually shape, change and alter our world and the human experience of all around us. From new ideas, patentable products, beautiful poetry and even amazing artwork creativity is cultivated all around us.

But what is creativity? Where does it come from? These bursts of inspiration, of new and exciting non-conformity seem almost to appear out of nowhere. Is it individuals are imparted with gifts of greatest good or are arts, ideas and the like skills strengthened over years of experience?

“Creativity is just connecting things. When you ask creative people how they did something, they feel a little guilty because they didn’t really do it, they just saw something. It seemed obvious to them after a while. That’s because they were able to connect experiences they’ve had and synthesize new things.” -Steve Jobs

Truly the complex questions such as these simply elude answer. From afar these instantaneous outpourings of emotional creativity create a drive to quantify and question, but is there such a simple way to understand creativity? I would argue not. Creative endeavors cannot be rushed, cannot be weighed and measured and in all make a mockery of those wishing to do so. Creativity, innovation and invention come from a place of passion, inspiration, and absentmindedness and are an essential aspect to everything we know and hold dear.

Whereas as creativity catches the eye, stuns the senses and seemingly seems to elude all understanding, production presents an equally important and completely counter view of life. Where passion, inspiration and the unexpected accelerate and invoke creativity constantly these outside the box ideologies and extremes are dreadfully detrimental to the production capabilities of individuals, organizations, and businesses interested in excellence.

Production is the power which truly drives change and innovation inspired by creative creations. From factories, assembly lines and dead set deadlines productivity is the dominate driving force behind business giants, mega manufacturing and our economy of scale, improving living conditions around the world. 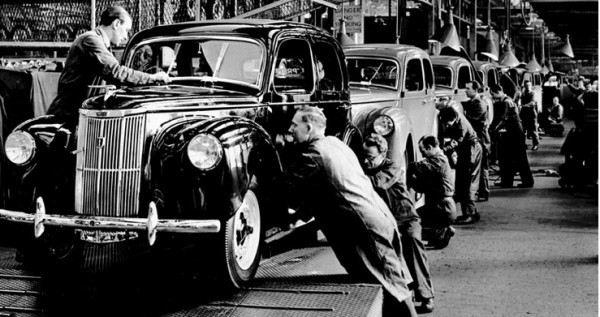 With per hour quotas, crates of supplies and pay for performance bonuses productive people are making massive changes upon the world. Adding efficiency, maximizing profits and production pushes are the driving forces fueling the past century and look to play a pivotal role in the future focused creation of capitalist states everywhere.

But why pray tell does any of this matter? Let’s suppose for a second you could choose between productivity and creativity for yourself. Which would you want? Is there a best choice? I would be willing to wager a pretty penny that a great many folks out there thinking themselves smart would select both. If I could be either, why not be both? Right?

This unfortunately could not be further from the truth. You have just handicapped your ability anything worthwhile in the world. Confused? I certainly was when I first began exploring this conundrum. Fear not though, in spite these simple shortcomings our evolutionary advancement have equipped us with there is a method to all this madness.

Consider if you will the inherent differences between creation and production. What stands out? Productivity stems from a strong, single-minded focus towards a specifically predetermined outcome. Whether you need to finish an important paper, reply to an ever expanding mountain of emails, or are trying to manufacture rewards to send out to backers you are being productive. By putting in the effort and avoiding deadly and destructive distractions you are getting things done. You crank out your work, finish your day and realize you successfully completed absolutely everything you needed to do. Congratulations. You just had a superbly productive day. But were you creative?

Creativity, unlike productivity stems from a completely different part of the brain and state of mind than productiveness. Rather than a strong singular focus, a desire to produce, creative endeavors could almost be termed distractions. One may work for hours brainstorming a book, designing a product or painting a masterpiece only to find few if any salvageable, successful results remain. Creative juices, creative success and true innovation don’t come from a place of logic, reason or increased effort. Instead creativity could be described as a much more subconscious process. As plans and problems, ideas and inputs float around in that busy brain of yours they are constantly striving to solve themselves. Whether sleeping, showering, or any number of odd and mundane mentally deadening tasks, creative bursts seem to appear in moments of unexpected spontaneity.

I can almost hear you saying to get to the good stuff already. Sure it is fine and dandy to talk and play around the concepts of productivity and creativity but what application does any of this have in my life? How will it help me build a business, launch a Kickstarter or create something amazing? 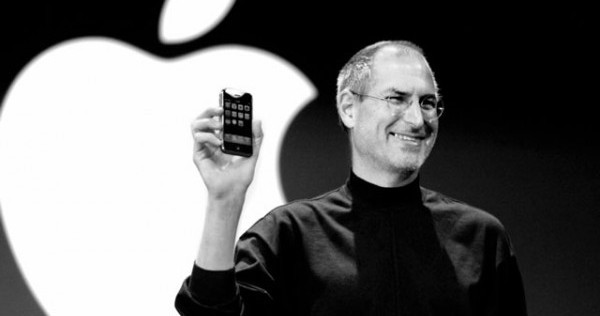 Understanding these two polar opposites is the first step. It is really in seeing the differences between creative and productive endeavors and planning accordingly that the results become instantly apparent. Your brain cannot do both at once. Singular focus and outside the box ideas are directly opposed and lead to impossibly pointless wheel spinning and much wasted work.

Instead you must make efforts to divide and protect your mental focus as best you can. To do an effective job at planning and maximizing your ability you need to consider the important tasks you must accomplish in one day. Typically the most common and most urgent of these will involve productive, single-minded focus and effort. These cannot be avoided and encompass the daily grind of business and are best done in isolation, away from unwanted distractions.In order to be productive as possible plug in those headphones or find a beautifully sheltered spot and get to work. You know what to do, now just put in the hard work and results cannot help but emerge.

Alternatively the longer term, all-important innovative business builders are your creative works and seem to emerge from amazingly many distractions, unexpected occurrences and large groups. It can be near impossible to encourage this type exceptionally important outpouring however because it often rarely feels like work at all. Instead crazy compulsions, free reign and  unexpected circumstances seemingly speak through you and allow unexpressed ideas to come to the surface.

While both of these are critically important to your success, typically individuals fall more or less into one of the two categories. Are you a left-brained logical lad or right-brained rebellious creative? Either way individuals of differing aptitudes are able to(and must) accomplish tasks in both frames and should plan chunks of their day accordingly to attack each separate types of mental work. Doing so you will find your creative blocks so much more originally unique and your productive times teeming with success and focus filled effort that allows you to concentrate and crank out tasks.

Does work ever seem to just fly by? Ever become so engrossed and excitedly involved in something that suddenly hours have passed, amazing amounts have been accomplished and you were scarcely aware of anything else? This state, known as flow or complete immersion is the amazingly awesome effect of complete concentration, excitement and love of your work. You are in the zone, completely fixated, focused and dominating all tasks that get in your way.

This is a creator’s and a producer’s perfection. You are hitting entrepreneurial Nirvana and want to never come down off cloud nine. But is there a way to achieve this feeling of flow and amazing results intentionally or is the zone an ethereal place one may only accidentally arrive at?

It turns out entering the zone isn’t as absurdly complex and complicated as one would believe. Its rarity lies not in its impossibility to achieve but rather is difficulty to maintain. Pure and simple, passion and fixed focus yield ridiculous results. The challenge in channeling this is at its core a conundrum of inconveniences. While innocent enough, disturbances due to email, an inquisitive coworker or the ever overbearing cell phone strike all too often and destroy beautifully balanced focus. How many superbly successful states of productivity or creativity have been carelessly crucified by interruptions? The implications are absolutely enormous.

Consider if you will all the tiny unwanted annoyances in your day. Studies have shown even the smallest of these simple distractions destroys your ability to concentrate and maintain the maximum output state of productivity. In fact research suggests it takes roughly 15 minutes, an entire quarter of an hour, to overcome a small mishap and reach peak physical performance again. Taking into account that that average office worker suffers almost 87  distractions during a typical workday and the results of can cripple morale and efficacy of any organization or entrepreneur.

Summing it all up

So what does all this mean for you? For myself I have had to take a good long hard look in the mirror and unearth the inefficiencies and weak points in my routine of work. Am I checking Facebook, constantly monitoring email or putting myself in situations where interruptions are inevitable?

Take the time to find a routine that works for you, your business and your employees if you have any. Setting up systems and merely considering the costs of disturbances, distractions and trying to do everything as once is pretty powerful when you think about it. Whether working to bust out brutally brain-numbing work, taking concepts and creating killer new prototypes or wanting to creative create your Kickstarter campaign page to convert well and convince backers to buy you need to be aware of the internal strengths and weaknesses we all have. Turn off your phone, mutilate multi-tasking and get to work…its time to do something.

So what do you say? Was that in-depth look into time management and making the most out of your abilities helpful, harmful or just plain boring? What have you guys find helps fuel your focused and most amazing work?