Are You a Failure or is it Just Your Idea?

Failure is a funny thing that’s anything but fun. But it’s something we all now all too well. Whether flunking a test, failing a relationship or  falling short in a Kickstarter campaign there’s many ways to muck things up.

But this isn’t going to be some happy go lucky, never quit and you can never fail speech on life. We hear, love and get fired up by these all the time, but it’s honestly irrelevant. If you’re an entrepreneur you know the value of persistence by now. You’ve busted your butt your building a business, building a product or whatever your endgame is and you understand the grind.

But when does persistence poison the mind? That’s the question I would like to ask.

The 2 Types of Failure

There’s a famous quote out there that reads something like this: “A business isn’t ever really dead until it runs out of money.”

It’s true. That is the only real measure of failure. While we see the end result here, the cause of collapse is anything but clear.

There are only two ways you can fail at crowdfunding or any business effort:

That is it. At its core every business problem can be boiled down to one of these two failure points. Either the market rejects your ideas and innovations or you simply didn’t work hard enough and smart enough to make it happen.

There’s really no other option.

Here is where overcoming the never quit attitude is extremely important. Entrepreneurs quit all the time. It’s the only way to see long term success.

And this is one of the hardest decisions for any inventor or startup founder to make, but it’s also what separates the winners from the losers…objectivity.

Can you get outside the framework of your mind: forget all the hours, days, even years you spent building something and make smart decisions about the future of your focus?

First and foremost you must understand why you failed.

If you’re running a crowdfunding campaign that didn’t fund, why we’re you unsuccessful? Was your product not as awesome as you envisioned or did a lack of crowdfunding experience hold you back? It’s crucial to find out what went wrong.

Here it’s often extremely valuable to get outside perspectives on the shortcomings of your campaign, product or business plan. Objectively analyzing yourself is tough. Find or hire individuals willing to be completely, brutally honest with you.

Your family, friends and loved ones don’t want to see your dreams dashed. They will tell you exactly what you want to hear rather than the cold hard truth. Unfortunately this loving cruelty catapults the costs of failure higher and higher as disillusioned inventors push far further than their ideas actually merit.

So you’ve taken a cold hard look, you know what went wrong. But what happens next?

The good news is regardless of why you failed your crowdfunding campaign there’s always a lot to be learned and a next step to be taken. If your idea honestly fell flat with people it’s time to take your mind off it. The world is full of failed inventors, it’s only those that quit altogether or continue down poorly planned paths that ever really fail.

Now that you’ve freed yourself, focus on something new. Perhaps backers even offered ideas or suggestions on how to improve or pivot the product into something more desirable. Either way all is not lost, but won as your time and focus are freed to again become the innovative idea maker you have always been.

But what if execution ultimately failed you? What do you do then?

Execution, effort and planning are all important pieces which can be improved upon. Some Kickstarters come back bigger and better than ever. Just look at Coolest Cooler. Ryan Grepper failed miserably on his first attempt at creating an amazing picnic party cooler but raised $13 million his second time around. He learned from his mistakes, misfires and backers on what to improve and do differently and knocked it out of the park.

There’s always lessons learned from running your first crowdfunding campaign. I ask inventors about this in virtually every show and the results always amaze me. Strategies and tactics I’d never even imagined.

If you are thinking about relaunching a past failure then be sure to do your homework. Take what you learned, study the  strategies on the site and build an primed pre-launch plan to make this campaign kick off(if you need extra help I love consulting for campaigns as well).

Keep in mind though the coolness factor. Your old project failed for a reason. Even fixing this failure point may not be enough.

Backers have seen what you put out before and may well remember its demise. That can sour success in some eyes. Putting out an identical campaign with merely improved marketing probably won’t cut it. Instead you need to crush expectations and come out with a bang by making some exciting and inspiring changes to the campaign as well.

From better pictures, an improved video or even acknowledging your issues and awesome improvements to really showcase the new uniqueness of the project are all excellent strategies.

Just make it different, make it exciting and scale up your marketing efforts to maximize your likelihood of success the second time around.

You may remember past podcast guest and exciting world traveler Stefano Mangini from Episode 8.  Stefano created what I thought to be an amazingly innovative product, a backpack with built-in rain jacket that easily ejected to protect you during downpours. I figured the quality, functionality and aesthetic design of his product would easily push him over his $43k campaign goals. The Funnell seemed absolutely perfect for the Kickstarter crowd, yet he only raised $29k.

Stefano unfortunately failed but the idea was proven positive. Backers got rightfully excited and a lack of media buzz ultimately held him back. Still though you can see the potential of the product. Backers said things like:

“Fantastic concept by the way, just what I need in a place like Taipei.”-Jon

“Need this for my daily scooter ride, too. 🙂 Glad Stefano is making this possible. I have been drawing something like this in my mind. His design is just brilliant!” -Ade

“So excited for this.” -Sandy

There is clear excitement. This is the kind of campaign you come back to.

Stefano will be doing just that and I’ll update this post as his campaign progresses, which actually re-launched today. When you have an amazing idea and failed to execute the first time it isn’t always dead in the water. You just got to know the difference.

What do you guys think? Has anyone out there been in a similar boat? If so we would love to hear your story, how you handled it and the ultimate outcomes of your efforts. 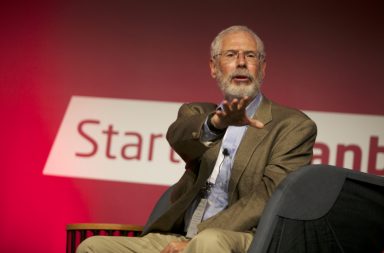 Life As a Lean Entrepreneur, Crowdfunding Failure Lessons, and Success From Facts, with Steve Blank – AOTK219 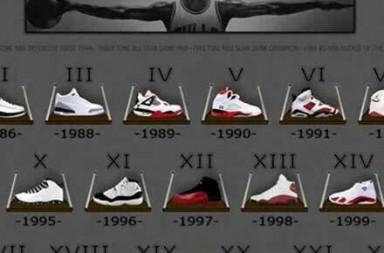 Creating a Product vs Building a Business 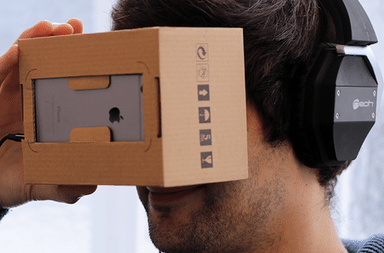