I don’t know about you guys but I for one often get lost in the day to day struggles of invention and entrepreneurship.

There are so many challenges and issues to deal with that we lose sight of the bigger picture. We feel unworthy of our self-proclaimed titles and motivations slide as uncertainties build.

In this world of wicked hard work, frequent failures and sleepless Sundays what keeps us going? Where is the support so desperately needed?

While almost universally we as creators recognize the importance of others in propelling us forward and aiding in our downturns it can be quite difficult to cultivate a collection of entrepreneurial amigos. There simply aren’t enough awesome people looking to create, innovate and change the world.

Today we won’t seek to explore this world, strategize systems, or plan projects but instead take time for inspiration. Really. It is all around us.

Let’s look at many of the most innovative and world altering ideas of the past century. Surely these creations which crushed expectations and transformed our species serve as a motivating mission for inventors everywhere.

You need not be the next Edison, Tesla or Jobs in order to make amazing happen, merely a motivated soul with a strife to solve. Because anyone can create creativity we will avoid the often intimidating technological transformations.

While internet, television and radar radically altered our world let’s go low tech and take a look at other’s a lot like us doing amazingly important things.

Talk about accidental awesome. In 1928 Scottish scientist and super unassuming dude Alexander Fleming was minding his own business in a busy experiment. After a long weekend this guy came back to the lab to uncover a modern medical mystery which would change everything.

What had started as mere bacteria in a petri dish had grown and cultured into an antibiotic-esque mixture which was extremely effective fighting bacterial diseases.

The world would never be the same.

This miracle drug creation which happened in the era of World War II soon proved its efficacy in saving many soldiers from sad sad fates.

You never know where your ideas will take you. Start soon and sail in the direction innovation blows.

Everybody and their brother loved Play-Doh as a child. The creativity allowed by this squishy substance was rivaled only by that of Legos.

But where did this product of passionate fun and upset stomachs originate?

Would you believe me if I proclaimed Play-Doh to be the unlikely attempt at wallpaper removal? This compound mixture of simple chemicals was created in the 30’s in Ohio and unsuccessfully marketed as such.

Later one man, Joe Vickers, realized the potential creative power the doughy delight enabled and began marketing it to schools.

The rest is of course history. 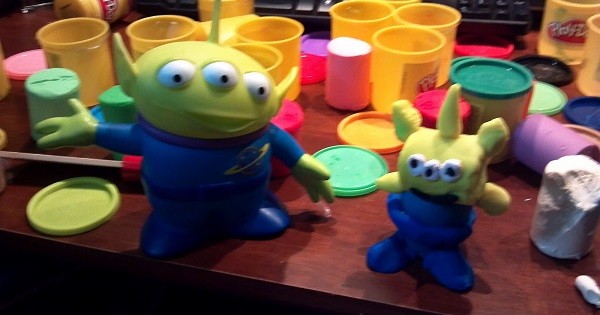 If at first you don’t succeed…

Ask any marketer. This will be a top choice when looking to create killer product campaigns.

But this is not the importance of the contraceptive pill in the eyes of modernity.

In the early 1950’s the chemical arms race was in full swing as women’s rights activists’ championed change and scientists struggled to strengthen birth control. After years of testing the first successful formulas were found in hormones from Mexican sweet potatoes(huh???).

Over the course of the next decade labs and the FDA collaborated and eventually approved the pill for widespread use.

This was a historically significant moment in the history of mankind.

Regardless of religious beliefs the world population is ballooning out of control at a rapidly accelerating rate. Contraceptives such as these fight the noble but failing battle of protecting us from ourselves.

Some inventions are so obvious they are urgent.

Super glue was invented in 1942 when of all things scientists were trying to create plastic gun accessories for soldiers.

While certainly unexpected this creation is anything but unwelcome. Unfortunately the original creators of the quick drying super sealant were rejected on this revolutionary patent.

Only later in early 50’s was the camera pioneer Kodak able to obtain intellectual props on this powerful product.

Today we use these cyanoacrylates in so many arenas it is scary even to consider. This simple solution seals together so many of life’s many mistakes and saves face for us in the light of accidents.

Outside of common household fixes we also owe a debt of gratitude to this sticky substance in its ability to lift fingerprints at crime scenes, assemble archery arrows for Robin Hood-esque performance and repair low maintenance aircraft.

Talk about a terrific product.

5. Ballpoint Pens. The reason none of us write like Harry Potter.

What a simple and straightforward idea. 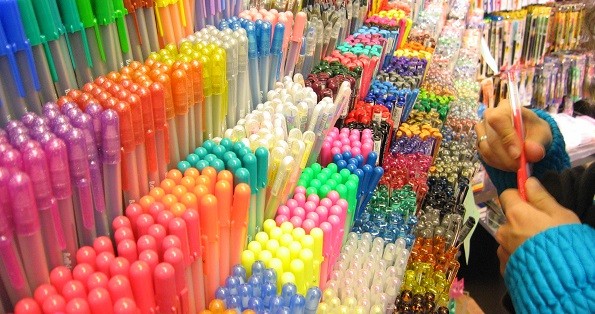 Seriously. The ballpoint pen pushed past struggles of ink reservoirs and relegated expensive quills and fountain pens to the foreground as a mass market writer revolutionized writing.

In 1938 László Bíró invented the mighty ballpoint pen out of his headaches as a journalist. As you ma imagine constantly reloading fink into an inefficient fountain pen was a pain. More troubling than that even was the drying time of the ink.

Fountains flow and these pens put a damper on writers looking to rapidly create pieces of prestige. Instead our great thinker thought of the printing presses of the day. These massive machines dried ink almost instantaneously and made the process of writing much speedier.

László combined the concepts and changed the written word forever.

Combining creative and effective ideas from different arenas is often the catalyst of change.

Honestly the story of this crafty creation is kind of cool. In 1941 a Swiss guy by the name of George de Mestal saw an interesting phenomenon. After a long day out hunting for a feast he uncovered an annoyingly large number of burrs covering his coat and poor pooch.

Ever the innovative engineer he decided to do something about it. Rather than fight the bonding burrs he theorized products could be put together with similarly simple hook and loop style systems as well.

After nearly a decade and a half of working and perfecting what we now call Velcro George finally found success.

His often untold story of challenges is the basis upon which a literal flood of product have positioned their success.

Nature often nurtures the most evolved of ideas.

As a society we owe a debt of gratitude to German and American engineering. Among the many amazing creations these two prolific peoples have innovated over the years the oft forgotten airbag is an extremely important part of modern life.

First created in 1941 to alleviate issues of car crashes, the air bladder cushions upon impact. This relatively straightforward item inflates in collisions and reduces passenger pain by slowing the impact upon the body.

Interestingly enough the American inventor’s solution won out due to his experience in torpedo based propulsion. Apparently those suckers inflate with sub style attack speed.

Despite obvious benefits of padding people it still took many decades to get airbags required in our autos on the road. Broad market penetration didn’t really take hold until the late 90’s when health conscious consumers finally got the hint.

Stats indicate airbags reduce risk of death in accidents by about 70% although these numbers feel artificially high due to the extremely low fatality rate in both instances. Either way this system helps make us all safer in the unpredictable world of rapid travel.

8. The Breathalyzer. Don’t drink and drive.

What a wonderful invention. I for one wholeheartedly support social entrepreneurship of such epic proportions. Drinking and driving is a major mishap in our society and one for which innocents pay the ultimate price.

Though a series of solutions to the alcohol induced driving were worked on during the first half of the 20th century only one man may claim the title.

In efforts to rid the world of drunks and build a booming business of safety an ex-Indiana State Officer, Robert Borkenstein found a feasible solution. Using a more than complex chemical system of spectroscopy he found a final answer to the issue.

Subsequent innovations allow cops everywhere to improve the process but ultimately our guy did it. He took the troubles he had as a cop and created a solution.

Live and love for an idea.

9. The Pager. We all remember.

How crazy is it that less than two decades prior people still subsisted on this unfortunately awful piece of textnology?

Yet the pager was crucial in the history of business. In that world of unconnectedness it was nearly impossible to access anyone….until 1962 that is.

It was that year everything changed in the world of personal communication. A watershed moment in the eyes of consumers everywhere(though smaller systems existed elsewhere they were wholly inadequate.).

Bell Technology opened up the world. It was a crazy time.

Funnily enough even today pagers are carried by some among us. Though niched in their applicability this simple system of radiowave based correspondence still generates a multi-billion dollar business.

Forecasting the future is hard but holds a healthy profit.

10. The Microwave Oven. AKA Magic Machine of Cooking Craziness.

Inventors, entrepreneurs and designers everywhere couldn’t live without the microwave. How else can one prepare the breakfast, lunch and dinner of champions….Ramen noodles?

Seriously though the microwave is a crucial part of kitchens everywhere and an important part of daily life.

This tiny little cooker of all things transformed food as we know it. TV dinners, tasty leftovers, simple snacks…where would we be without it.

Our box of magical munchie makers was first unveiled to the public in 1947. Imagine the shock an awesome.

But the story gets even better. Attributed to Percy Spencer, the idea for the microwave came crashing into our inventor’s mind as the result of an amazingly unfortunate calamity. This engineer while working for the Raytheon Company had his dreams of a tasty treat dashed when his radar based research melted his delectable candy bar positioned in his pocket.

After accidentally ruining a delicious treat our American jumped at the chance for redemption. His pursuit of popcorn exploded everywhere but led our leader of creative cooking to push the process and make food fun.

The rest of the story is ancient history.

Shit happens. Figure out why.

These are some of the craziest inventions of the last century. They stand out in both their simplicity and importance and aid individuals everywhere in their daily lives.

You are probably asking what exactly was the motivation for this article. Why stray so far from the Kickstarter classics?

In answer I have not the slightest idea. Whether creativity, inspiration or procrastination it is often challenging to capture intent behind our seemingly simple actions. I for one was working on a potential prototype idea and ended up with fingers fixed by powerful super glue. After an ordeal the inspiration to investigate this chemical creation struck me. And thus we arrive at our avenue of motivational mentions. What do you think? Can creative course such as these assist you in your own endeavors or do more concrete strategies satisfy better your internal urge to innovate? 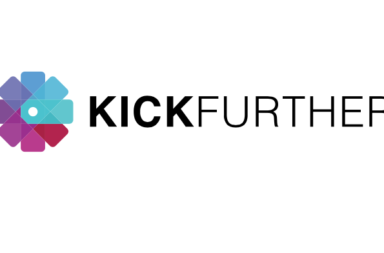 Fund The Production of Your Inventory with Kickfurther 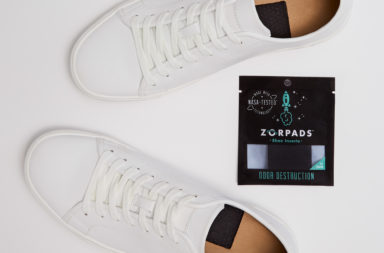 Giving Shoe Odor the Boot with Taylor Wiegele from Zorpads 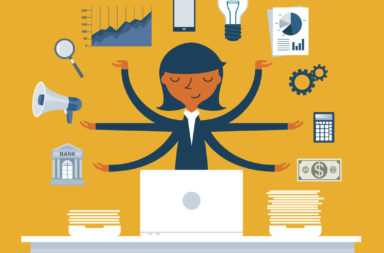 How to Pick a Product Development Firm